Measuring up at about the size of a big bath tub, the largest dinosaur footprints in the world have been uncovered in Western Australia. The findings of this successful dig were published by Steve Salisbury, the University of Queensland’s vertebrate paleontologist, and detail the dinosaur footprints which span a massive 1.7 meters! These rare prints surpass the 77-centimeter wide footprints which were found in Mongolia during a dig in 2016, which were the largest known to man at the time. 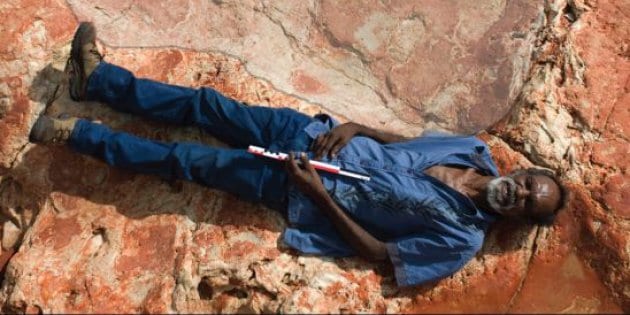 The footprints were discovered on the north coast of Western Australia in a long stretch of fossilized dinosaur markings. According to the report, this specific collection of prints are among the most diverse in the world and serves as proof that in ancient times large herbivores roamed Australia. Because of this, the zone is being called Australia’s very own ‘Jurassic Park.’ 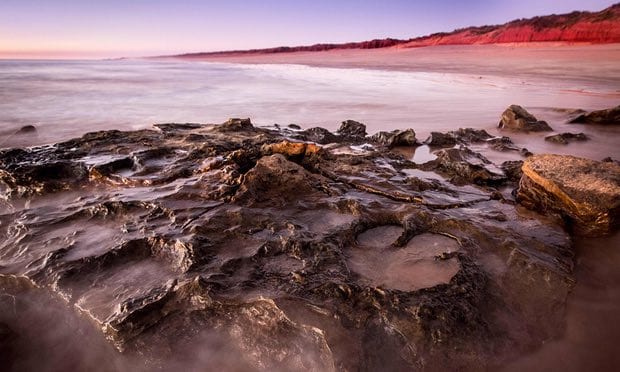 When asked more about the tracks in an interview, Steve Salisbury said, “The tracks provide a snapshot, a census if you will, of an extremely diverse dinosaur fauna.” Salisbury continued, “Twenty-one different types of dinosaurs all living together at the same time in the same area. We have never seen this level of diversity before, anywhere in the world. It’s the Cretaceous equivalent of the Serengeti. And it’s written in stone.”

The 24-kilometer expanse of land where the Sauropod footprints were found, is also the home of the indigenous Goolarabooloo people, and on most maps is labeled ‘James Price Point.’Roughly 130 million years ago, the large area surrounding James Price Point was a Delta, a region through which Dinosaurs are believed to have passed continually. This is thought to have contributed greatly to the variation and frequency of footprints.”There are huge areas around that coastline where all you can see are dinosaur tracks,” Salisbury said.

For scientists, however, the work has just begun. According to Dr. Salisbury, the next step is interpreting the footprints so the lives of these dinosaurs can be better understood.

A restaurant in New York has issued rules for their customers which serves the purpose of ...