Since All Nippon Airways (ANA) announced they were creating Star Wars themed planes, fans have been eager to see the results. And it seems as though they won’t have to wait that long, as the first one was revealed last week. Modeled on quirky droid R2-D2, this jet is the first of three themed airplanes to be designed by the Japanese airline. 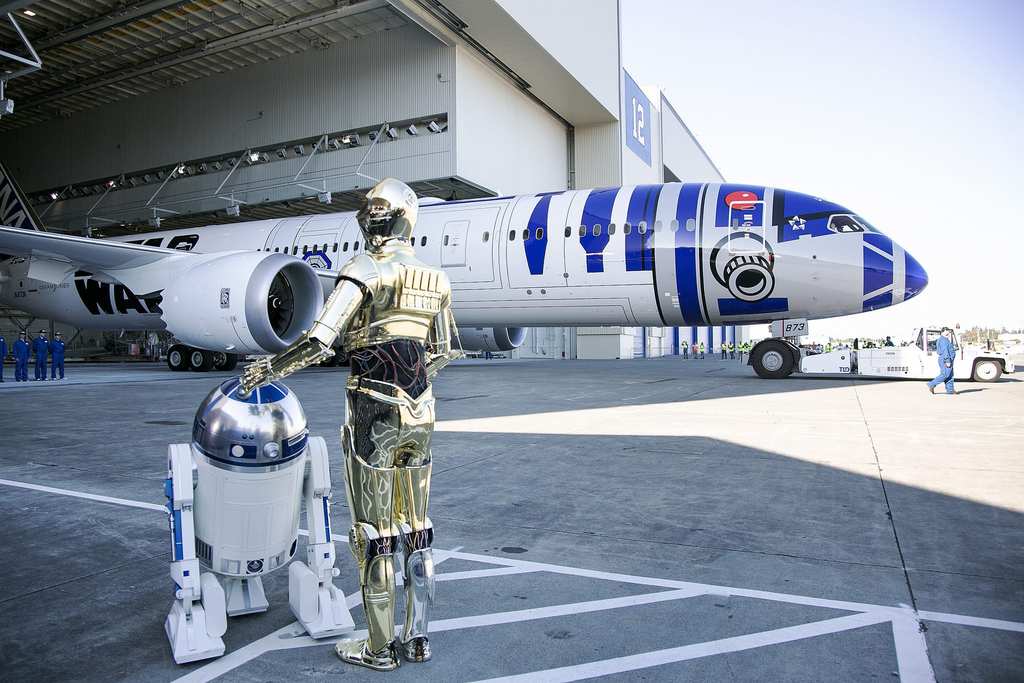 While the outside of the Boeing 787-9 Dreamliner resembles the body of the droid, the inside has also been similarly decorated in order to give passengers a true Star Wars themed experience. ANA are working in partnership with Disney in order to create real excitement about The Force Awakens which is due for release in December. Along with the quirky décor, passengers will also be able to watch the Star Wars films as in-flight entertainment.

The plane is thought to fly between Japan, the US, Europe, China, Indonesia and Australia. The next of the three planes is due to be unveiled sometime in November and will be based on one of the new characters from the forthcoming film. The final installment is due in March 2016. 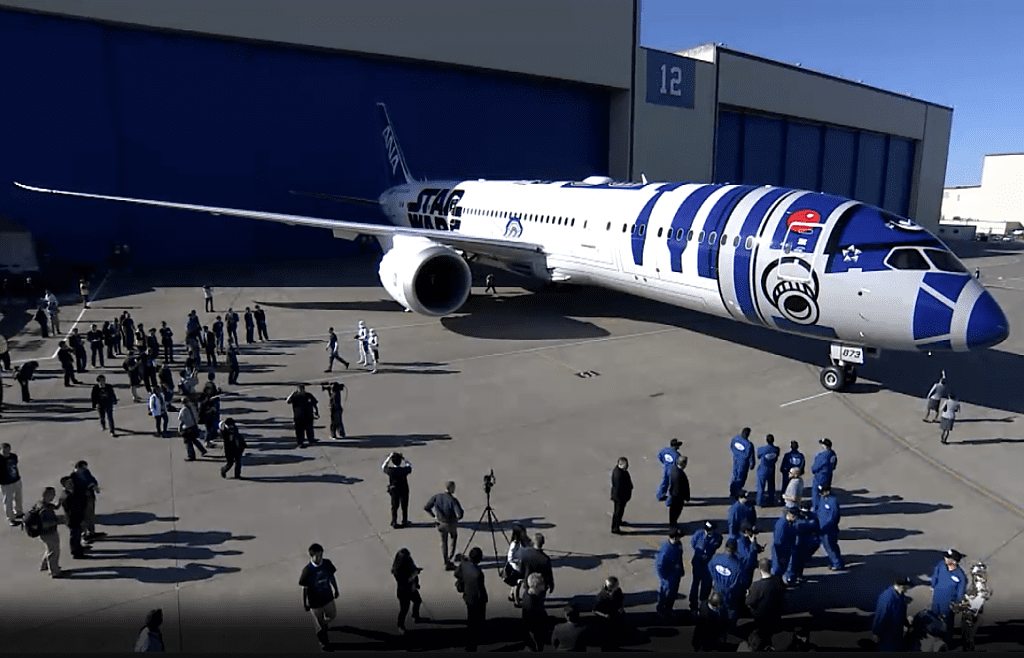 Critics of women's empowerment have accused female-centric movements of being too commercialized ...