The concept for the wacky and amazing VTOL X-Plane was revealed last week by the Defence Advanced Research Projects Agency, and it’s fair to say the reception was mixed. The Defence Department has added one more to their long list of cutting edge and revolutionary aircraft, and the VTOL X-Plane has certainly made an impact so far.

Work on the plan actually began back in 2013, when there was work done of the vertical take-off and landing experimental plan. However, the majority of the progress was made once DARPA, which is the Pentagons innovation unit, had announced a deal with Aurora Flight Sciences. AFS was awarded an $89 million contract to build the flying prototype, which had been named Lighting Strike. Their main goal at this moment in time is to make sure the plan is completed and ready to go airborne by 2018.

For a long time, the US military has been pursuing the creation of a vertical take-off aircraft that could accurately combine the characteristics of both planes and helicopters. They have the V-22 Osprey tilt-rotor, but the aircraft has been a workhorse for marines and does not have the necessary tools to do the job they need. The concept of the Lightning Strike is to create a hybrid that can carry heavier loads, fly fast and use less fuel. It also needs to be able to take off and land anywhere in the world, and not be in constant need of finding a runway in order to complete its take-off or subsequent landing.

The aircraft will be unmanned and is supposed to be able to reach speeds of 300 and 400 knots – also being able to maintain that speed. It should also be able to carry at least 40% of its weight, which is predicted to be about 12,000 pounds. 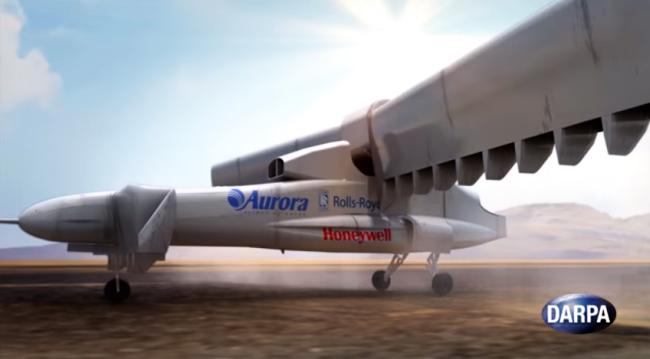