Humans on Earth have always wondered if other life existed outside of our solar system. Paul Hertz, the director of Astrophysics at Nasa put it best when he said, “One of the great questions of all time is whether we are alone in the universe.” While aliens have not been found yet, something else huge was recently discovered that could bring us much closer to answering Hertz’s question. A new solar system called TRAPPIST-1 was found and it is 39 light years away from Earth. Even though we currently cannot travel to the new solar system, it is close enough that we can get a good look at it and maybe even some answers to age old questions.

The National Aeronautics and Space Administration or Nasa astronomers found seven Earth-sized worlds orbiting a dwarf star in the solar system. The newly found planets are believed to be able to support life, thus bringing scientists much closer to finding extraterrestrial life. At least three of the newly discovered planets are also likely to contain oceans, which would also make them more likely to be able to sustain life.

The associate administrator of Nasa’s Science Mission Directorate, Thomas Zurbuchen, shared a hopeful message in a press conference in Washington. He said, “This gives us a hint that finding a second Earth is not a matter of ‘if’, but ‘when’.” The new planets were found using Nasa’s Spitzer Space Telescope and according to one of Nasa’s lead researchers, Michael Gillon, “The planets are all close to each other and very close to the star, which is very reminiscent of the moons around Jupiter. Still, the star is so small and cold that the seven planets are temperate, which means that they could have some liquid water – and maybe life, by extension – on the surface.”

The next step for Nasa’s team is finding out just how habitable the planets are. Currently, they are working to calculate how far the planets are from their star. New discoveries are in the works as we speak! 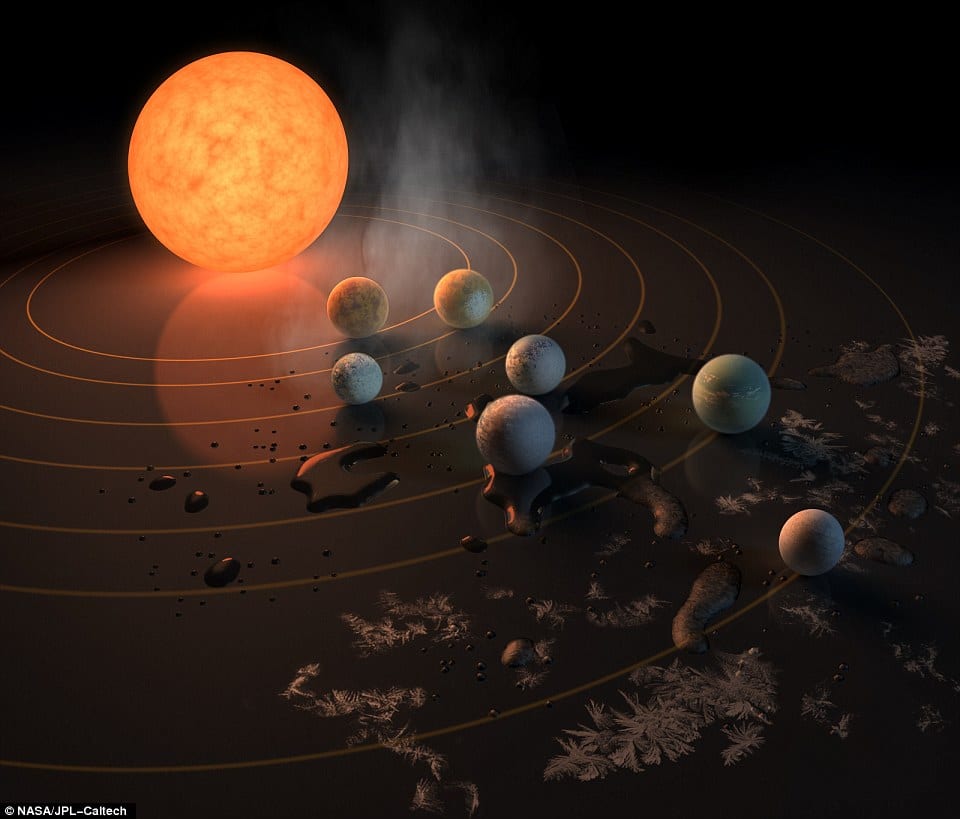